Home/Uncategorized/Pornography and Sex Trafficking
Previous Next

Sex trafficking (a subset of human trafficking) is the fastest growing criminal business in the world and the third largest criminal enterprise since 2010. The International Labour Organization estimates that over 150 million dollars are illegally made through the exploitation of 21 million people in human trafficking. Of those 21 million, 5.5 million are children and 11.4 million are women and girls. 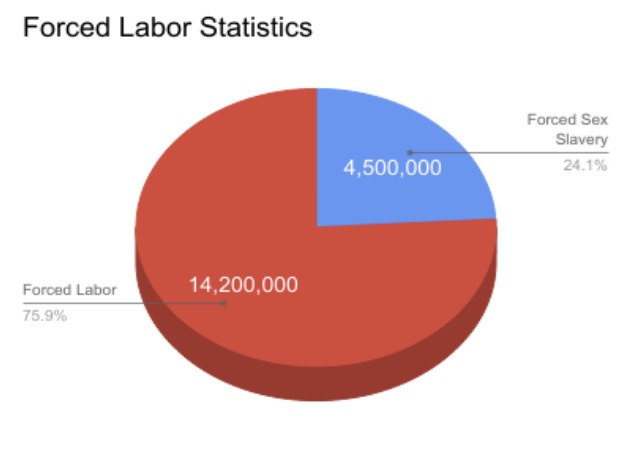 Ever growing, the portion of those forced into sex slavery is roughly 4.5 million men, women, and children (although the vast majority is comprised of young women and girls).

How Pornography is Linked to Human Trafficking

While pornography is not at the root of this heinous business, it is surely associated with it. After interviewing almost 900 women across 9 countries, researcher Melissa Farley says that “pornography is men’s rehearsal for prostitution.”

That is no subtle accusation–she is directly correlating her research to the epidemic of pornography and its impact on prostitution. Some other startling statistics from her work include:

Thus we see that for the roughly 4.5 million men, women, and children forced into sex slavery, pornography is directly forced on them as part of their enslavement, through either a “teaching aid,” or a tool to help buyers hire a sex slave. Whatever way it is being used, pornography aids in the collecting of money for human beings.

As pornography–especially child pornography–continues to grow in today’s culture, the desire for sex slaves will grow alongside it. Pornography is a $97 billion dollar business. It is easy to conclude that those who are profiting from producing this content using trafficked men, women, and children will continue to tap into this monumental source of revenue.

Perhaps the most disturbing part of human trafficking is that children and young adults are “worth” more than their adult counterparts. So,  there is a greater incentive to continually abduct and harm children over adults to make higher profits. The children used by traffickers are primarily those who are runaways, or who are easily manipulated by their abductors.

One in six children–endangered runaways–are pulled into sex trafficking. Often these youth are forced into child pornography.

Of those children, 86% of them come from foster homes or social services. These children are running from broken lives, only to find a darker future in slavery. In fact, the average age of people trafficked into prostitution is 12-14 years old and 4 out of 5 will be female.

What then, does this mean?

About the Author: marion